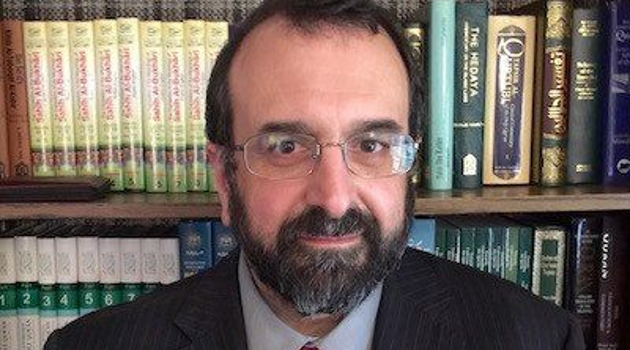 Following the much contested executive order on immigration issued by President Donald Trump we wanted to hear the clear voice of Robert Spencer, the director of Jihadwatch, who we already had the pleasure to interview in the past.

I would like to start with a question related to President Trump executive order banning the citizens of seven Muslim countries from entering the United States for a period of three months in order to improve screening and security measures. Do you think this order was necessary, and if yes why?

Yes, it is necessary. The choice is clear: either bar some legitimate travelers from entering the country for a temporary period, or allow in refugees among whom there will certainly be an unknowable number of Islamic jihadi, who will murder Americans. Those who oppose the ban don’t seem to care that refugees have already carried out jihad terror attacks in Europe and the U.S.

President Trump executive order has created an uproar of large dimensions in the United States and many rebuttals also here in Europe. It has been called a “Muslim ban”, which obviously it is not, as the countries in the list are just seven Muslim countries among at least 51 worldwide. Furthermore, these same countries had already been listed by the Obama administration as potentially dangerous. Would you like to comment on this?

The President was completely within his rights as delineated by American law. He has the responsibility, in fact, to restrict immigration for national security purposes. Those who are calling this a “Muslim Ban” are trying to whip up hysteria against Trump in order to discredit him and destroy his ability to act.

Different people in the United States but also in Europe have also criticized the executive order for it does not includes countries such as Saudi Arabia and Qatar. We know that Saudi Arabia is an allay of the United States from 1945 but we also know it has been sponsoring terrorism together with Wahhabism. Qatar has been financing terror groups such as Al-Qaeda, Jabhat Al-Nusra and Hamas. Why, according to you, they have not been included in the list?

I don’t know why they are not on the list but Reince Priebus has stated that other countries could be added. That is a very clever move: it gives the U.S. leverage over putative allies such as Saudi Arabia.

In a recent interview I had with Raymond Ibrahim when I questioned him about the longtime alliance between the United States and Saudi Arabia he replied that “it is a sickening and disgraceful alliance”. Is this also your opinion?

Absolutely, yes. The Saudis are primarily responsible for spreading the jihad ideology around the world, especially into Muslim communities where a cultural Islam that deemphasized it had been developed. They have set the world on fire, and are not true allies of the U.S. in any sense.

As one of the leading experts on Islamic Jihad what do you see as a main failure of anti jihad policies in the United States up to now?

The primary failure has been to ignore and deny the motivating ideology behind jihad terror. It was even official Obama administration policy to remove all mention of Islam and jihad from counterterror training. This was self-defeating in the extreme: one cannot defeat an enemy one does not understand.

On the 15th of February, the Prime Minister of Israel, Benjamin Netanyahu, will come to Washington to visit President Trump in their first official meeting after the elections. Israel has been in the forefront of combatting Islamic terrorism from its inception as a Jewish state. How much, according to you, could the USA and Europe benefit from Israel knowledge about the issue?

Israel no doubt has a great deal of tactical counterterror experience that would be helpful to the US and European countries.

Benjamin Netanyahu has been a staunch opponent of President Obama nuclear deal with Iran. He still thinks it is a very bad deal, posing a big threat not only to Israel but to the entire region. Do you agree? And if you do, why?

Yes. I detail all that is bad about the deal in my book The Complete Infidel’s Guide to Iran. It essentially gives a full green light after ten years to Iran’s nuclear program, and the restrictions on it within the ten-year period are toothless. Also, the sanctions relief has flooded the mullahs with billions that they are using and will use for their global jihad terror network.

In these last years IS , the so called caliphate, has turned into a sort of Islamic Boogeyman, up to the point that many think that if it will be defeated we will not have much to worry. Do you think, like me, that this way of thinking is deeply delusional?

Yes, it is. The Islamic State’s belief system is held by other Muslims. Defeating the Islamic State is important, but will not extinguish its motivating ideology.

To what extent you think that the widespread mantra that “Islam is a religion of peace” has weakened the Western perception of its real threat? And how can we explain this threat without putting the whole of Muslims into the same box and not generate intolerance?

The false claim that Islam is a religion of peace has fostered complacency about the jihad threat worldwide. We need to speak about Islamic doctrine, theology and law, not about Muslims in the aggregate. Even when we do this, however, we are accused of “Islamophobia,” which is a term designed to intimidate people into fearing to oppose jihad terror.

In the conclusion of a seminal article published in 1976, Bernard Lewis, the doyen of Islam Western scholars wrote, “It must be recalled that Islam is not conceived as a religion in the limited Western sense but as a community, a loyalty, and a way of life—and that the Islamic community is still recovering from the traumatic era when Muslim governments and empires were overthrown and Muslim peoples forcibly subjected to alien, infidel rule. Both the Saturday people and the Sunday people are now suffering the consequences”. How would you like to comment on this?

Lewis is entirely correct. It should also be noted that that “way of life” includes a political system, and that political system is authoritarian, supremacist, violent, and intolerant.