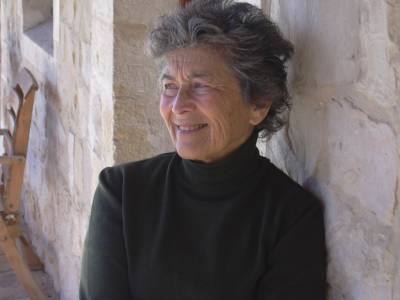 According to you what is the political relevance of Donald Trump’s decision to declare Jerusalem the capital of Israel and to relocate the American embassy from Tel Aviv to Jerusalem?

The recognition of Jerusalem as the capital of the State of Israel is a victory of justice against the virulent hatred that denies the Jewish people its history and identity in order to criminalize it. The recognition of the historical link of the Jewish people with Jerusalem is, in its simplicity, similar to the recognition of the Holocaust camps by the American armies: it is an ascertainment, that of a reality, which inversely exposes the perversity of its coming into being. Trump has kicked down this Europe which was built in 1973 in the petrodollar vassalage, the triumphalism of anti-Semitic anti-Zionism disguised as the “the just fight for a Palestinian cause” instrumantalized by Eurabia, the Euro-Arab policy, in order to perpetuate the conflict until the destruction of Israel, to be replaced by Palestine. Arafat was both the idol of Europe and his toy. Today, it is this Europe – this Eurabia – that Trump confronts.

This policy emerged after 1967 when Israel managed to repel three Arab states that had invaded it in order to destroy it. In the process the Jewish State reconquered Jerusalem, from where all Israelis had been expelled or killed twenty years before, during the Arab War of 1948. The Trump declaration is a victory of truth over treachery, rationalism over hysteria, historical knowledge over the looting of the past by the impunity of ignorance. But above all it is a victory of courage confronting the gang of slander, cowardice and corruption of politicians. It is the laying bare of an international conspiracy well-crafted since 1973 with the aim of stripping the Jewish people of its legitimacy in order to terminate it.

Both France and the European Union blame Trump for violating international law. What do you have to say about this ?

Trump freed Jerusalem from the Islamic fatwa of the three summits of Muslim countries held in 1979-80, which threatened with economic and political jihad any country that had an embassy in Jerusalem. He freed the United States from an international law governed by the principle of jihad and sharia. This law, applied to Israel, violates the parameters of justice. I believe that even if the Arabs and Saudi Arabia were to reach an agreement with Israel, the political Europe – not its peoples – would not recognize it, but would scuttle it and oppose it. The Europe which was built since 1973 on its allegiance to the terrorist jihad of the PLO, which renewed the genocidal pact Hitler-al-Husseini – this Europe is horrified. Already before the election of Trump, anticipating his action, through all of its media it had inflamed the pyre of ridicule, defamation and buffoonery, which, day after day it had amused itself with by keeping it aflame. Nothing is more in opposition to Trump’s independent and sovereign America than Mogherini’s Europe, self-destructing in the deliberate choice of dhimmitude and submission to the PLO.

What are the consequences of this decision according to you?

They are many. The recognition of Jerusalem as the capital of Israel is a great victory for Christianity that recovers its sources and affirms its legitimacy in the East. This position expresses the Christian moral foundation, its rational requirement inseparable from the human condition, a principle confirmed by Pope Benedict XVI. It is a proof of its spiritual strength against evil. Because it was the Christians and not the “Jewish lobby” which obtained the recognition of Jerusalem as the capital of Israel, as they had claimed in the previous centuries in their country the recognition of human rights and the abolition of slavery. It is a Christian gift to Judaism.

The decision happens in a new Middle East scenario where the main Sunni states, specifically Saudi Arabia, are converging toward Israel in the name of the common threat represented by Iran. Would you like to comment on this?

I believe that the enlightened leaders of the Muslim world and many of its intellectuals want to come out of the legacy of fanatical hate bequeathed by the Mufti of Jerusalem and the Arab nationalism created as an Islamic-Christian alliance against Zionism. This totalitarian, racist movement allied with Nazism fought all non-Arab and non-Islamic national identities. It was this movement favored by the Western powers after the First World War, that stifled any hint of regional Christian autonomy. Today we see the result. The twenty-first century must free itself from the genocidal heritage of the twentieth century: Armenians, Assyrians, Chaldeans, Greeks, Jews, Kurds in Iraq. The Arab and Muslim voices of reason and understanding were suppressed by assassinations such as that of the Jordanian emir Abdallah, ready to recognize Israel. I believe that the Muslim world will be able to overcome its impasse and that peace will enable it to develop its economy and the well-being of its well-endowed populations.

There is a wide perception that the Arab-Israeli conflict or Palestinian-Israeli conflict is no more a priority for the Arab world, especially for Saudi Arabia. The latest rumors are that prince Mohamed bin Salman, the new king of the country has told Palestinian Authority president, Mahmoud Abbas, that it would be better for him to endorse the new American peace plan of which we still don’t know the details. What is your opinion?

I think Trump, as a wise politician, had to secure his back. He toured the Middle East and consulted with his leaders. It must be understood that the Palestinian affair was fabricated between 1967 and 1973, because if there had been a Palestinian people, it would have manifested itself and would have claimed its autonomy in the Ottoman Palestine and the Palestine of 1948-67. Palestinians are the arm of the Islamic jihad of Ummah and European anti-Semitism. That said, I think Israel should not keep territories that are predominantly populated by a hostile population that has the right to live according to its customs and culture. I believe that a Palestinian federation with Jordan, which is 70% of historic Palestine, would be beneficial. The very name of Palestine, which was given by a Roman emperor to Judea in 135, has nothing to do with the Arab and Islamic world and could be abandoned. Its borders were nonexistent until the British Mandate, and its topography was exhumed by Western geographers thanks to the Bible. Since its Arabization–Islamization, Palestine has never been more than a ruined and abandoned region, as was Athens under the centuries of Turkish rule. Trump’s initiative breaks Eurabia’s policy and opens a new path to peace. I hope that the Arab world will recognize its true friends from its fake ones and will be able to engage in it. When money stops feeding the united networks of jihadism and European anti-Semitism, great progress will have been made.