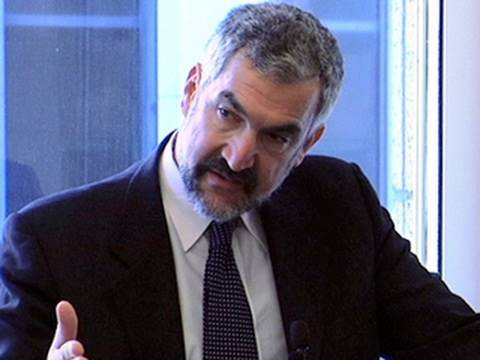 A frequent host at L’Informale, Daniel Pipes, has answered some questions about the ongoing war in Ukraine.

Would your late father Richard Pipes, a foremost scholar of Russian history, have been surprised by Vladimir Putin’s war of aggression against Ukraine?   I must report that he, although someone whose public career centered on warning about the danger of Russian aggression, misunderstood Putin. In 2011, he said that “NATO was created specifically against the Russian threat. The Russian threat does not exist. … So I think the time has come to consider dissolving it.”

Sergey Karaganov, called “the man behind Putin’s pugnacity,” has said “We feel like we are part of a huge event in history, and it’s not just about war in Ukraine, it’s about the final crush of the international system that was created after Second World War.” He has also stated that Russia is “at war with the West.” Your thoughts?  The century-old Eurasian school of thought appears to have captured Putin’s imagination and fired his ambitions. Well, yes, if Russia wishes to be at war with the West, it will have one. But all would be better off without such a destructive idea.

Ukraine’s resistance to Russia has depended on military and economic help of the United States and its allies. Please assess the Biden Administration’s policy towards Ukraine.   Quite good. The preparation could have been better and arms could be flowing faster, but the administration has the basics right and has provided the necessary leadership. With time, the policy and actions are improving.

Putin justifies his war on Ukraine on the alleged threat to Russian security by NATO expansion in Central Europe and some Western political analysts (e.g., John Mearsheimer) support this argument. Your comment?  An undertone of self-criticism and sympathy for Putin exists in the West, especially on the Right, but so far, it has had no political importance and I expect it to remain powerless. Incidentally, I have been surprised that, in general, the Left has responded better to the Ukraine crisis than the Right.

Will this war end in more tears for Ukraine and the West or more for Russia?  Russia. The crisis will end in tragedy for Russia, no matter how well its troops do on the battlefield, no matter the domestic political support, and no matter how helpfully Beijing and others act. The invasion of Ukraine compares to Saddam Hussein’s invasion of Kuwait in 1990. Both hurt the aggressor even more than the victim.

Israel’s position toward Russia since Feb. 24 has been cautious, mainly due to not wanting Russia to interfere with Israeli strikes in Syria against Iranian and Hezbollah targets. Despite this caution, Moscow has been hostile to Israel (e.g., Foreign Minister Sergey Lavrov, referring to Ukraine’s President Volodymyr Zelensky, said that the worst anti-Semites are Jews and that Hitler had a Jewish lineage). Is Israeli caution paying off?  So far as I know, all of Russia’s nasty reactions have been limited to words, with no actions. This permits the Kremlin to growl its dissatisfaction without creating a new enemy, which it surely does not want at this point. So, yes, Israeli caution has worked.

Turkey’s President Recep Tayyip Erdoğan has blackmailed NATO over admitting Sweden and Finland. Is this a smart move for him and his country?   No, not at all. Sweden’s government depends on a Kurdish member of parliament, so it will not accede to Erdoğan; and Finland is essentially irrelevant. Erdoğan’s silly game has further irritated NATO members and confirmed the existing sense that Turkey is an ally in name only.

You have been calling for Turkey’s expulsion from NATO since 2009; does that now seem like a more likely prospect?   It does not. Starting with the U.S. Department of Defense, NATO’s militaries hope that the good-old-days will return and Turkey will return to being a true ally. Further, expelling Turkey from NATO requires unanimity, which is very difficult to achieve. Establishing at NATO.2, minus Turkey, would be much easier ,so I recommend building it.

Middle Eastern states have hardly condemned the Russian invasion. Why?  On a formal level, 13 Middle Eastern governments supported the Mar. 2 U.N. General Assembly resolution condemning Russia, 1 (Syria) voted against it, 3 (Algeria, Iran, Iraq) abstained, and 1 (Morocco) did not vote. But that immediate reaction has had little enduring relevance now that the Ukrainian crisis has translated into a shortage of fertilizer, grain, gas, and tourism. Most Middle Eastern states are more interested in staying out of harm’s way than in morality or long-term interests.