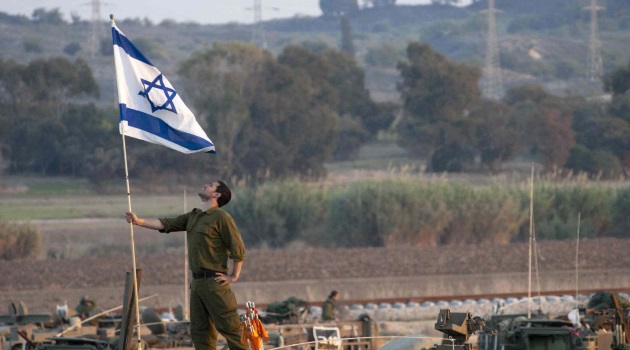 Its almost seventy years that Israel is fighting this war, the war which every day is also becoming the war of the West and especially of Europe. The war that started in the Seventies with the Munich massacre and reached its pinnacle with September 11.

The agents of this war are different organizations and different groups, united by one aim the capitulation of the Western way of life and its submission to a totalitarian project in which nationalism and the sacred are intertwined. Not the pagan and esoteric sacred of Nazism with an Aryan Messiah as its leader, but the Islamic sacred lead by a warrior prophet.

As a fortress in the Middle Est protecting our identity, our values and our well being, Israel has been fighting this war for itself and us for nearly seventy years. A fortress inhabited by a garrison which has contributed to found and enrich the civilization in which we live today.

Yes, from the Jews the safeguard, the well being and the perennial and devout subscription to life, to the plurality of opinions, to the truest Enlightenment, not its caricature. That of a continuous research and questioning guided by the light of reason against the opposite view which wishes it total submission to a militarized sacred, to a religious and political project which wants to engulf every space of human cohabitation.

Israel has confronted itself with a project of destruction against it prepared by Islamic fundamentalism, a project which starts even before its foundation, in the Thirties with the Nazi-Islamic alliance between Amin Al Husseini and Adolf Hitler. It is the country at the vanguard of awareness about what happens in Europe with increasing frequency.

This is one war. Things must be called with their name, because one gets sick from truth denied while, in the meantime, truth denied keeps on killing.