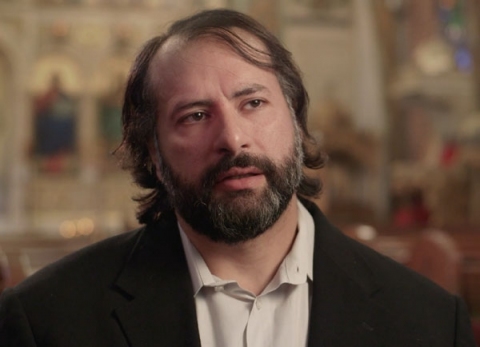 Raymond Ibrahim’s deep knowledge of Islam place him today among those range of scholars such as Robert Spencer, Andrew Bostom and in Europe, Bat Ye’Or, whose work has had the power of dispelling the myth of Islam as a benign and inclusive religion which has contributed to shape Western civilization.

According to this narrative, jihadism is not a central feature of Islam, and Islamic group such as Isis, Al Qaeda, Boko Harem and many others are to be considered just aberrations. But as the work of these authors clearly  show this is very far from reality.

After a first interview in 2016, L’Informale has interviewd Raymond Ibrahim for a second time.

Your newest book, Sword and Scimitar: Fourteen Centuries of War between Islam and the West, released in the United States on August 28, is a chronicle of some of the most relevant battles between Islam and the West. Before we talk about the book I would like to ask you how much is the concept of jihad intended as holy war, central to the way Islam has interpreted itself during the centuries?

The concept of jihad was central from the start—at least according to the earliest Muslim historians who often portray the first warriors of Allah as being zealously motivated by the notion of jihad.

The last time that Islam tried to penetrate Europe through war was on the 12th of September 1683 at Kalhenberg, near Vienna, where 65.000 thousand Christians fought against 200,000 Ottoman Turks. For how long after that date did jihad against the West stopped and when and why was it resumed?

Raids continued for some time, particularly by sea, and well into the late 1700s, meaning for about a century after the successful defense of Vienna.  Even as the Ottoman Empire was beginning its slow retreat from eastern Europe, the Muslim slavers of the so-called Barbary States of North Africa wreaked havoc all along the coasts of Europe—even as far as Iceland.  The United States of America’s first war—which it fought before it could even elect its first president—was against these Islamic slavers.  When Thomas Jefferson and John Adams asked Barbary’s ambassador why his countrymen were enslaving American sailors, the “ambassador answered us that it was founded on the laws of their Prophet, that it was written in their Koran, that … it was their right and duty to make war upon them [non-Muslims] wherever they could be found, and to make slaves of all they could take as prisoners….”

In his seminal book of 1996, Samuel P. Huntington wrote about Islam and the West the following sentence, “Kto? Kovo? Who is to rule? Who is to be ruled? The central issue of politics defined by Lenin is the root of the contest between Islam and the West”. Do you agree?

Yes, inasmuch as that Muslims must always work to make Islam rule over non-Muslims, based on their sharia, which while allowing for truces and times of peace—particularly when Islam is weak vis-à-vis infidels—also sees the spread of Muslim rule as the culmination of the Islamic mission that began in the early 630s.

Yes, as indicated by the title, the book is a military history between Islam and the West, narrated around their eight most decisive clashes, the first and last of which occurred more than a millennium apart.  But while the eight battles/sieges form the centerpieces of the book’s eight chapters, the bulk of the narrative chronologically traces and tells the general, but much forgotten story of Islam and the West, most of which of course revolved around warfare—with all the attendant death, destruction, slavery, and geopolitical demarcations and map rearrangements. We can say I began working on portions of this book some twenty years ago—since around 1998-99, when I first started doing academic research for what became my MA thesis in History: a close examination, including through the original Arabic and Greek sources, of the battle of Yarmuk—the first major military encounter between Islam and the Eastern Roman Empire in 636, highlighted in Chapter 1 of the Sword and Scimitar. 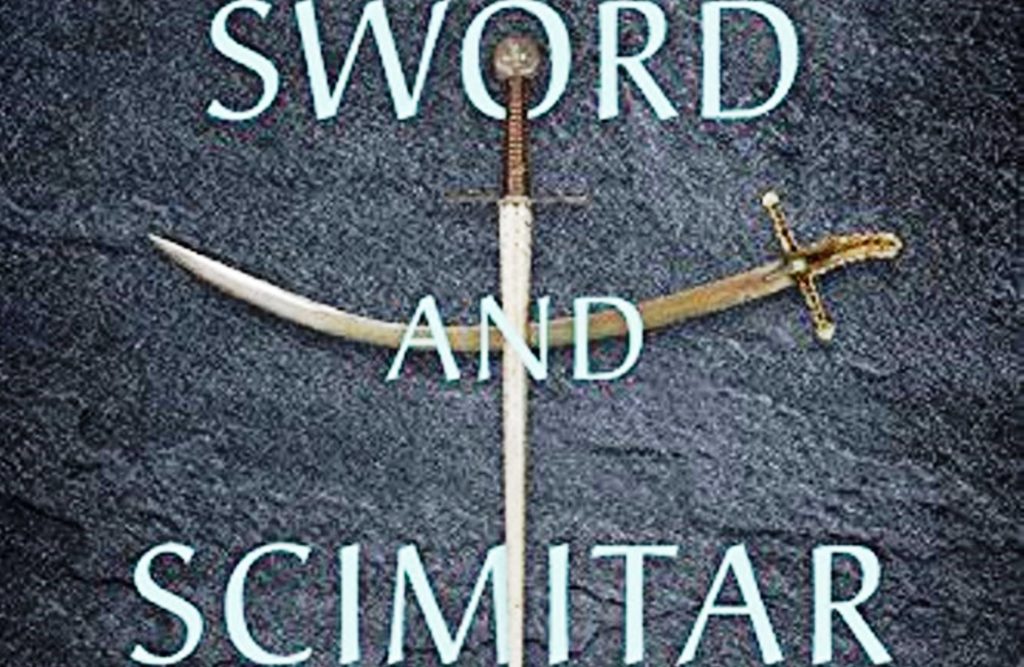 To what extent is the Islamic terrorism that we are facing today a continuation of the battles between Islam and the West that you describe in Sword and Scimitar?

To a very great extent.  Both the motivation and the pattern of terrorist acts are very much mirror reflections of past Islamic motivations and patterns.  In other words, from the start to finish, the book pages are full of all the ugly words and deeds committed by modern groups such as the Islamic State—ordering Europeans to convert to Islam or face the sword; the willful destruction of churches; the mass slaughter—including by beheading, crucifixion, or burning—of Christian defenders, and the mass enslavement and rape of Christian women and children—all of these permeate the pages of my book.

Islam is a way of life. It is a complete set of ideas and rules which differs deeply from our Western values. Is there any chance of an accommodation between Islam and Western societies or this is just wishful thinking?

Can water and oil mix?  In the same manner, pure Islamic teachings and pure Western values are often antithetical to one another.  For example, the West believes in freedom of religion, whereas in Islam those who seek to apostatize are penalized, including by death; the West believes in freedom of speech, whereas in Islam any critical talk concerning Muhammad can get one killed.   One can go on and on but the point should be clear.  Of course, a nominal/secular Muslim may be able to assimilate in a Western society, but that is not a reflection of Islam, which is hardly nominal but rather a full way of life based on sharia. 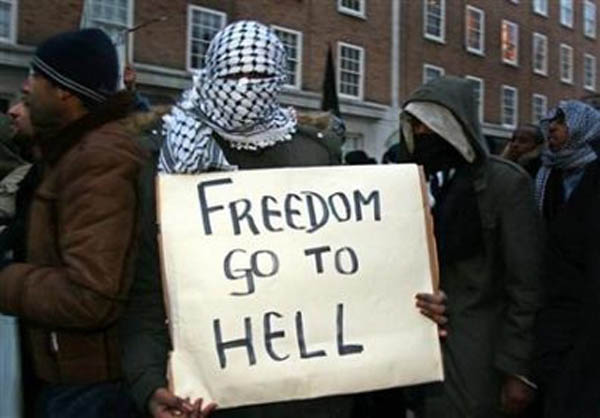 According to you what are the ways in which Europe on one side and the United States on the other should face the reality of Islam in such a manner that could be helpful both for Westerners and Muslims? What are the false assumptions that must be rejected?

First, the truth must be acknowledged—including for example the truth vividly recounted in Sword and Scimitar: Fourteen Centuries of War between Islam and the West, that for well over a millennium, Muslims invaded European/Christian territory on the same logic that Islamic terror groups cite—that it is their right to invade, conquer, butcher, and enslave infidels for no less a reason that because they are non-Muslims.  If this is how Muslims have been behaving for centuries, is there really any need to find “reasons” why some of them are behaving so now?  Are grievances, territorial disputes, etc., necessary to explain this unwavering hostility?  Once these facts are embraced, the rest, including policy—for instance, the question of Muslim immigration—should become self-evident. 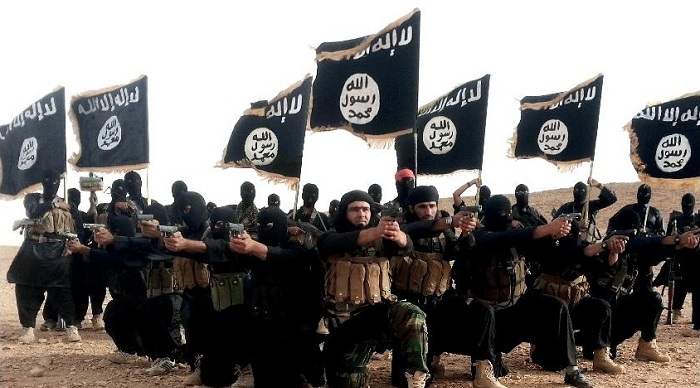 How inbred is religious violence in Islam and how it differs from the way in which it is presented in the Bible and has accompanied Christianity in the course of its history?

Many apologist for Islam like to claim that the Bible, especially the Jewish scriptures (or the Old Testament), is just as if not more bloody and violent than the Koran—so why do we insist that Muslim violence is rooted to Muslim scriptures? The problem with comparing violence in the Bible — both Old and New Testaments — with violence in the Koran is that it conflates history with doctrine. The majority of violence in the Bible is recorded as history; a description of events. Conversely, the overwhelming majority of violence in the Koran is doctrinally significant. The Koran uses open-ended language to call on believers to commit acts of violence against non-Muslims. See “Are Judaism and Christianity as Violent as Islam?” for my most comprehensive and documented treatment of this tired apologia.

In an interview I had with Israeli scholar and political pundit Mordechai Kedar about the distinction between “Islam” and “Islamism” he told me: “Islam and Islamism are Western models which Muslims don’t understand in most cases. What they know is the difference between those who strictly keep the order of Islam and its injunctions and those who do not keep them so strictly”. Do you agree with him?

I completely agree: these are Western constructs that are unintelligible to most Muslims.

I would like to end our interview with the same question I asked Robert Spencer: If you were to sum up what is Islam for you in its essence what would you say?

Islam is a belief system, which is meant to guide virtually every aspect of its follower’s life.  It is entirely built on the purported teachings of a seventh century Arab—who for all accounts acted like a seventh century Arab, meaning tribal and uncivilized.  Obviously, if this man was a false prophet—a liar—which is the default, non-Muslim position, then it should be unsurprising that the entire worldview his followers follow, which is tribal and uncivilized, is creating a constant clash with other civilizations.