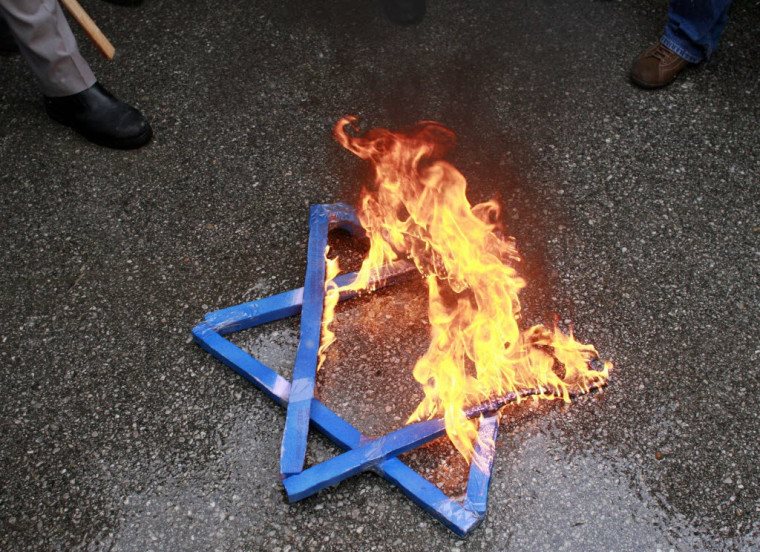 The political agenda of the Western enemies of Israel, who are inevitably the enemies of the United States, is a specifically anti-Western and anti-democratic agenda. If this basic premises is not understood enough, the main ideological presupposition which motivates the narrative against Israel, is completely overlooked.

In this ideological perspective, Israel is nothing more than an accessory of “white” imperialism against the Arab population turned into the permanent victim of oppression. This being said, for the most relevant part of Israel’s bashers, the greatest crime is the existence of Western civilization itself. Western civilization is seen as the origin of every crime perpetrated against a Third World which has been completely idealized and transformed in an innocent body perpetually abused by the will to power of the West. In this hallucinatory vision, totally disconnected from historical reality, and from the truth of facts, antagonism toward Israel is an essential chapter.

The guilt of the West, and therefore by analogy the guilt of Israel, is the verdict that imposes the vilification of the Jewish state together with that of the United States, the country that more than any other in the last hundred years has defended and propagated those same values upon which modernity is set: free market, open society, meritocracy, pluralism, freedom of thought. Exactly the opposite of the world vision endorsed by countries of the so called Third World, above all of them, Muslim ones.

The failure of Marxism in its orthodox vision, which predicted social regeneration through the collapse of bourgeois society, has disrobed it of the greatest part of its conceptual gear, refashioning it as pure iconoclastic zealotry. In other words, it has reduced it to its strict Taliban essence. Now, for those who endorse it, it is no more a matter of advancing a project for human emancipation, but to attack relentlessly all that the West has produced in its millennial history.

In this sense Islam is an inevitable outcome for all the orphans of the missed destruction of Caucasian civilization, because like Communism, Islam proposes a radically different world vision, a full sociocultural paradigm in total opposition to the Western one, and especially it holds a ruthless critique to the kind of culture and society that the West has established and cherishes.

All the slandering narrative built upon Israel, whose aim is to represent it as a rogue state, and which finds in the radical left its major support, is part of this much wider process of despising. It is not a coincidence of course, that in this scheme the Jews are those playing the part of the villains. Why it is not a coincidence? Because Jews are the villains par excellence (the main presupposition upon which every form of Antisemitism is built) and especially guilty of the modern “pathogenesis”. The modern world as a Jewish deviance or degeneration, is one of the main tropes of reactionary propaganda in its variety of forms: clerical, Fascist, Nazi, Islamic, and that the anti-globalist -Third World loving left has made its own.

The combination of these conceptual fetishes creates a strong structure held together by pure hatred against all that promotes and enhances human emancipation and flourishing at the best of their potential. The only place where this happens in the Middle East is Israel, the unavoidable target of overflowing loathing.