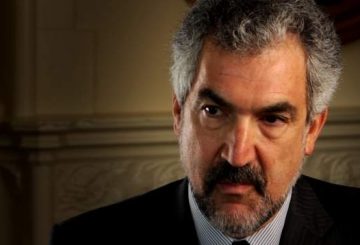 In relation to the ongoing conflict between Israel and Hamas, L’Informale, has asked Daniel Pipes, founder and president of The Middle East Forum, to answer some questions.

The conflict between Israel and Hamas has led to a new phenomenon: widespread riots by Israel’s Arab citizens. Do you agree with Israeli historian Benny Morris’ 2004 assessment that Arab Israelis are a “time bomb”?

Very much so. I have written on Israeli Arabs since 1986 and argued since 2006 that they represent Israel’s “final enemy” and an “existential danger.” After foreign states and external Palestinians are neutralized, the Arab citizens of Israel remain as the enemy that cannot be defeated but must be integrated, a far more difficult task.

Has the current fighting permitted Hamas to reach its long-time goal of replacing Fatah as the main organization for Palestinians to eliminate Israel?

I doubt it. Fatah and its related organizations, the Palestine Liberation Organization and the Palestinian Authority, enjoy a legitimacy with Israelis and internationally that Hamas lacks, giving it access to money and other support unavailable to Hamas. Hamas can obstruct Fatah but cannot replace it.

It appears that the current battle with Hamas, like past ones, will end with a ceasefire. Is this inevitable or is there another possible exit?

This being Israel’s fourth major confrontation with Hamas, prior ones were in 2008-09, 2012, and 2014, many Israelis are determined not to repeat the “mowing the lawn” scenario of 1. a ceasefire, 2. Hamas preparing for a next round, and 3. renewed fighting. The major alternative is a ground invasion enabling Israeli forces to retake and rule Gaza. This, however, poses the same intractable problems as in 2003, when Ariel Sharon decided on withdrawing unilaterally from the territory: Gazans will inflict pain that Israelis want to avoid. Other schemes also bring major problems from Israel’s point of view: repeated incursions would lead to massive international and even domestic condemnations; setting up a strongman would likely end in anti-Zionism. Accordingly, yes, a ceasefire is the most likely outcome.

You have long criticized Israelis for not seeking victory, which is to say imposing their will on the Palestinians. Do you see this as a problem now too?

More than ever, yes. As Sima Shine of Israel’s Institute for National Security Studies points out about Israel’s position vis-à-vis Gaza: “There is no policy.” I suggest that Israel’s policy should be victory, that is to say imposition of its will on the enemy, convincing Gazans that they have lost the war, that they cannot achieve their war goal of eliminating the Jewish state. Once this policy goal is established, all future Israeli actions – military strikes, cyber activities, supply provisioning, border patrols, censorship, rewards and penalties, etc. – should be seen in light of furthering it. Examples include decapitating the Hamas leadership wherever they are (including Malaysia, Qatar, and even Turkey); supplying food, fuel, medicine, and water to Gaza only when quiet prevails; and sponsoring reconsiderations of Koranic precepts about control of territory and the place of Jews in the Holy Land.

Many political analysts saw the Abraham Accords as the start of a new epoch, though a few, like Martin Sherman, showed caution. What is your view?

I was and am enthusiastic about the accords, especially the one with the United Arab Emirates; those with Morocco and Sudan are much more wobbly. Those agreements are part of a larger trend of Muslim disengagement from Israel (even as the Left becomes more engaged and hostile). That trend continues, as the perfunctory condemnations by Sunni states confirm.

Does the current fighting affect the U.S. government re-entering the JCPOA?

Forty U.S. senators appealed to the president to stop negotiating with the Islamic Republic of Iran because it supplies Hamas. Secretary of State Anthony Blinken rebuffed them. This suggests that the Biden administration will not allow the Hamas-Israel war to deter it from re-entering the JCPOA.