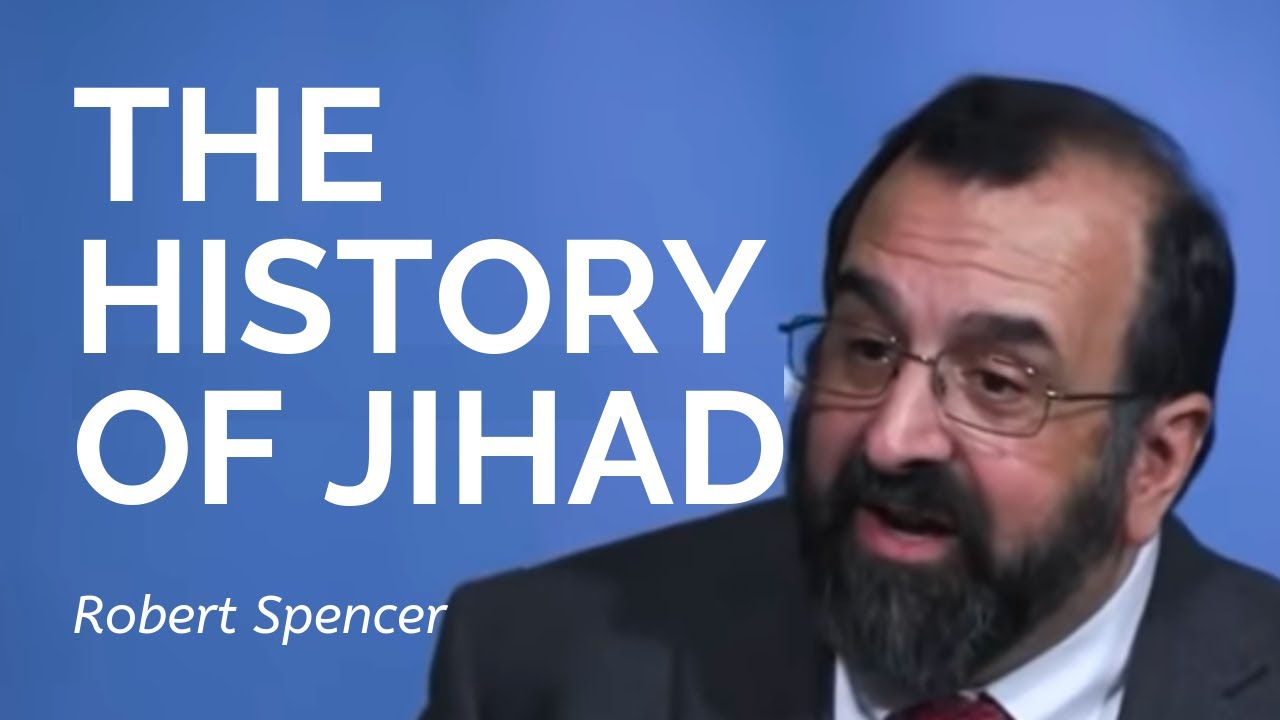 Robert Spencer, director of Jihad Watch is one of the foremost international scholars of Islamism and jihad and a frequent guest on L’Informale.

He held seminars on Islam and jihad for the FBI, U.S. Central Command, U.S. Army Command and General Staff College, the Asymmetric Warfare Group of the U.S. Army, the Joint Terrorism Task Force (JTTF), the Anti-Terrorism Advisory of the U.S. Department of Justice Council and Intelligence Community. He discussed jihad, Islam and terrorism in a seminar sponsored by the U.S. State Department and the German Foreign Ministry. He is a senior fellow of the Center for Security Policy.

For his work has earned the support and admiration of Oriana Fallaci, who called him “My comrade-in-arms, my friend” Geert Wilders, who called him “a hero of our times”, and, among others, of Daniel Pipes, Ayan Hirsi Ali and Bat Ye’or.

Mr. Spencer, I would like to start by referring to The Politically Incorrect Guide to Islam (and the Crusades), among your books, the only one available to in Italian. What is the main difference between the Crusades and jihad?

The jihad has been going on for 1,400 years and continues to this day. It is based on Islam’s doctrines mandating warfare against and the subjugation of unbelievers, as is commanded in the Qur’an: “Fight them, till there is no persecution and religion is all for Allah” (8:39); “Fight those who believe not in Allah and the Last Day and do not forbid what Allah and His Messenger have forbidden, and do not practice the religion of truth, even if they are of the People of the Book — until they pay the jizya with willing submission and feel themselves subdued.” (9:29) The “People of the Book” are primarily Jews and Christians. There are many other such verses. In Islamic law, jihad takes many forms but is primarily warfare to impose Islamic law on a land. This imperative cannot be canceled or ended; it may be ignored, but it always remains to be taken up by those who are so inclined.

The Crusades, in contrast, were a late, small-scale defensive reaction to the jihad. They were an attempt to protect pilgrims in the Holy Land and Christians in general there after 450 years of jihadist aggression. The Crusaders committed many atrocities, but they did not proceed from an imperative of either imperialism or forced conversion. Also, the last Crusader territory was conquered in 1291; the Crusades are long over. The jihad remains.

Many European intellectuals of the left deny that there is a modern jihad against the West. Is there?  Who are our enemies?

How can these intellectuals deny this when Erdogan speaks openly about a coming war between the crescent and the cross (only one side will be fighting, apparently) and there are jihad attacks in Europe almost on a daily basis? What’s more, there is the problem created by mass migration: all of the jihadis who murdered 130 people in Paris in November 2015 had just entered Europe as refugees. In February 2015, the Islamic State boasted it would soon flood Europe with as many as 500,000 refugees. The Lebanese Education Minister said in September 2015 that there were 20,000 jihadis among the refugees in camps in his country. On May 10, 2016, Patrick Calvar, the head of France’s DGSI internal intelligence agency, said that the Islamic State was using migrant routes through the Balkans to get jihadis into Europe. Our enemies are those who would conquer and subjugate us under the hegemony of Islamic law, which denies basic rights to women and others. No, this is not all Muslims. It doesn’t have to be. All Germans didn’t support Hitler, either.

Neo-Ottoman Turkey threatens Greece, finances terrorism and attempts to exterminate the Armenians once again. How should the United States and Europe react to the Turkish threat?

Turkey should be expelled from NATO forthwith, and the U.S. base at Incirlik closed. It is long past time to recognize that the old post-World War II alliances are obsolete and need to be reconfigured.

The Trump administration has supported Israel without hesitation. If President Trump is re-elected, how do you think he will deal with the Iranian threat?

Firmly but with extreme prudence. He has spoken numerous times about not involving us in another foreign war. I expect he will keep to his word in this as he has in other matters.

Multiculturalism is failing everywhere, from Sweden to France to Italy, how do you see the future of Europe?

You have often been accused of “islamophobia”, how do you judge this accusation?

“Islamophobia” is a propaganda neologism that is used for two unrelated phenomena: vigilante attacks against innocent Muslims, which are never justified, and honest analysis of the motivating ideology behind jihad violence and Sharia oppression of women and others. The goal of this conflation is to inhibit such analysis and intimidate people into thinking it’s wrong to oppose jihad terror.