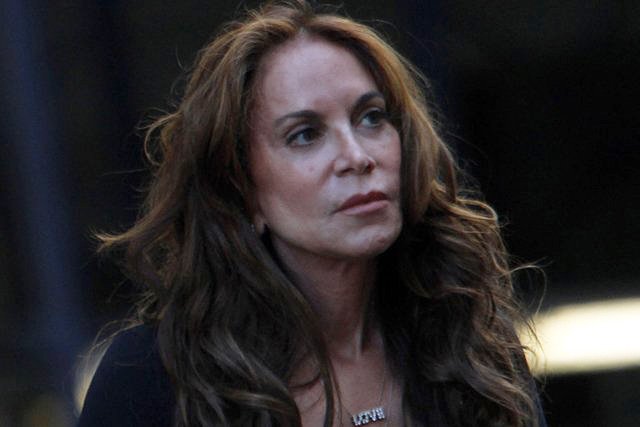 Pamela Geller is an American pundit, editor of The Geller Report and president of the American Freedom Defense Initiative and Stop Islamization of America, which she co-founded with one of the world’s leading experts on Islam and jihad, Robert Spencer.

As a political activist, Pamela Geller distinguished herself for her strong positions condemning radical Islam and her support for the State of Israel. She has sided in defense of freedom of speech, in opposition to the censorship of politically correctness. After the Islamist attack on the headquarters of Charlie Hebdo in Paris in 2015, she helped to organize a competition entitled “Draw the Prophet”. The event, which took place at the Curtis Culwell Center in Garland, Texas, was the subject of a failed terrorist attack.

In 2013 the British government prevented her from entering the United Kingdom because of her “anti-Muslim activism” and declared that her presence “would not be conducive to the public good”. In the same year, she was awarded the Guardian of Freedom prize by the Federation of Republican Women of Nassau County. She was awarded the Annie Taylor Award, which was also presented to Oriana Fallaci.

Mrs. Geller, you are in the forefront against the Islamization of the United States of America. How influential are Islamic organizations in the States?

Most Americans have no idea of the power and influence of Muslim Brotherhood organizations in the U.S., or of the insidious agenda of the Leftist/Islamic coalition to subvert the freedom of speech, the right to bear arms, and more. That complacency creates an atmosphere in which these enemies of freedom can operate with impunity.

You and your colleague Robert Spencer have been banned from the UK because of your views on Islam. From your American point of view, how do you judge the European situation regarding Islamization?

Islamization is being brought about by mass Muslim migration into Europe, fostered by the European Union elites. My being banned from the U.K. is emblematic of the inverted morality of those European elites: the U.K. regularly admits jihad preachers, but bans foes of jihad violence and Sharia oppression of women. Meanwhile, most Europeans are intimidated by charges of “racism” and “Islamophobia” into being silent and accepting what is going on.

The Black Lives Matter movement was born in the United States but is also spreading to Europe, how do you rate BLM? What is its relationship with anti-Semitism?

BLM is, according to its leaders, a Marxist, anti-American movement bent on destroying free societies and imposing authoritarian, totalitarian rule. Although responsible to a tremendous degree for the recent riots in cities across the U.S., this is not simply a gang of thugs, but a dangerous subversive movement with a frankly insidious agenda. In 2015, BLM leaders went to Gaza to meet with Palestinian Arab jihad leaders. So their far-left movement embraces anti-Semitism as well.

You have often been described as an ardent Zionist. Can you tell us what are your reasons for supporting Israel?

Israel is on the front lines of the global jihad that threatens every free society. It is also the only beacon of freedom in the Middle East, and the rightful owner of that territory by international accords that are still in effect. Israel is unfairly and relentlessly demonized in the international media.

President Donald Trump is a proud friend of the State of Israel. What should be done to further strengthen Israel?

Understand the fact that the Palestinian Arabs, because of their commitment to Islam’s doctrine of jihad, will never conclude a peace agreement with Israel that will actually secure peace for both peoples. The U.S. should instead focus on helping Israel build alliances around the region, as President Trump is doing, and to be strong against the jihad onslaught.

Iran and Turkey are two dangerous Islamic states which represent a threat for free nations. How should the West react to them?

Turkey is no friend or ally of the U.S. or the West, and should be expelled from NATO. Both Turkey and Iran should be checked, through sanctions and other means, in their financing of global jihadist adventurism. Turkish-funded mosques in the U.S. should be investigated and closed if found to be preaching jihad violence and Sharia oppression.