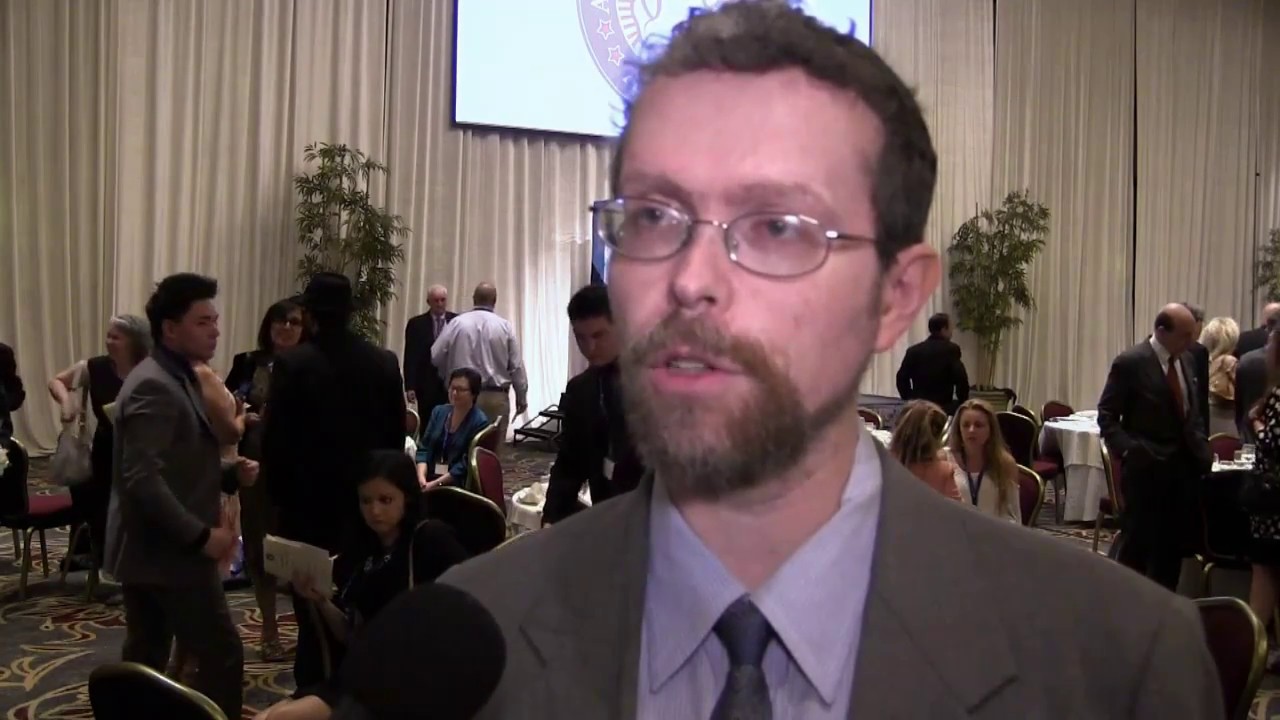 Daniel Greenfield, writer and Shilman Journalism Fellow at the David Horowitz Freedom Center, is one of the most scathing voices of Frontpage Magazine the right wing political online publication created by American conservative icon David Horowitz.

He never disappoints you. When he aims at one of the many idols of the progressive pantheon, be it Barack Obama, Hillary Clinton, or  at institutions such as the Democratic party, you know from the beginning that by the end there will be nothing left of them but rubble.

Many of his articles are truly memorable, such as The Religion of Colonialism, why you cannot“colonize” Palestine which L’Informale published in its Italian version in 2016.

Daniel Greenfield, David Horowitz and Frontpage have been for years at the forefront of the cultural battle between the world vision of the Left and that of the Right. If you were to single out what is at stake in this battle what would it be?

Individual freedom. The left’s vision is that of a collective society. It implies a cult of personality, a powerful state. In the left’s ideal state, there is no room for individual choices or for the individual. The alliances between totalitarian movements, whether it’s Nazism or Communism, or the left and Islam, are the enemies of the individual and freedom.

The victory of Donald Trump came as a big blow for the left. It was a shock  here in Europe, where Obama was the darling of the European Union. What is your evaluation of his accomplishments up to now?

President Trump has reinvented what a president can do. Previous presidents were talked into abandoning their campaign promises by insiders. But Trump is keeping them. He has kickstarted the economy, held terror states accountable and offered common sense solutions that work, like the travel ban from terror states and a border wall.

Today, in the United States, who are the main enemies of President Trump?

The left, the establishment and those who interests he harms.

In one year and a half Donald Trump has overturned Obama’s policy in the Middle East. He has reestablished relations with Saudi Arabia, declared Jerusalem Israel’s capital, moved the American embassy from Tel Aviv to Jerusalem, nixed the JCPOA, cut funds to UNRWA and to the Palestinian Authority and qualified again Iran as the main threat in the region. What are your expectations?

President Trump has the challenging task of rebuilding America’s credibility after the Obama years. And he’s done it by applying pressure and keeping his word.  Obama pandered to Jihadist regimes and movements, disrupting the Middle East, out of a misguided belief that the regimes most hostile to the United States were the ones that we should appease the hardest. President Trump by contrast has rebuilt relations with allies instead of pandering to enemies.

In an interview I had with her last December, renewed scholar Bat Ye’or told me, “The recognition of Jerusalem as the capital of the State of Israel is a victory of justice against the virulent hatred that denies the Jewish people its history and identity in order to criminalize it. Trump has kicked down this Europe which was built in 1973 in the petrodollar vassalage, the triumphalism of anti-Semitic anti-Zionism disguised as the ‘the just fight for a Palestinian cause’, instrumentalized by Eurabia, the Euro-Arab policy, in order to perpetuate the conflict until the destruction of Israel, to be replaced by Palestine. Arafat was both the idol of Europe and his toy. Today, it is this Europe – this Eurabia – that Trump confronts”. Would you like to comment?

Eurabia came under pressure due to Obama’s Arab Spring, the resulting civil wars and the mass migration to Europe. The mass migration came too quickly and put pressure on Eurabist regimes. And they are now crumbling under that pressure.

In Genocidal liberalism, the university’s Jihad against Israel and the Jews, Richard L. Cravatts writes, “The West wide embrace of Palestinianism has been led, for the most part, by the intellectual elites, whose own biases against Israel and the United States serve to animate, and widely promote, the campaign to vilify, defame, and delegitimize Israel”. What are the reasons, according to you, that have produced this state of affairs?

Israel is western and the left is anti-western. It’s also the only truly effective example of an indigenous minority reclaiming its territory and independence in the Muslim world. And so it inspires a special hatred. Western countries have been happy to sell each other out to the Islamic sphere. And they’re even happier to sell out Israel.

Palestinianism seems to have been deeply rooted into the State Department for many decades, both under Democratic and Republican presidents. For the first time a recent report from the State Department regarding the situation in the West Bank (Judea and Samaria), hasn’t referred to the territories as “occupied”. Are things really changing?

Matters have changed more after 500 days of Trump than in generations beforehand. The embassy opening in Jerusalem was transformative in an institution that had adopted the reflexive hostility. What this truly means is that the grips of the left and the oil industry, twin forces that shaped American policy in the Middle East, is breaking.

Anti-Zionism and anti-Americanism very often come together. How much is this phenomenon related to a deep hatred of the West and its values?

The origins of Anti-Americanism, anti-Zionism, and anti-nationalism in general on the left stems from its rejection of national identities. The left envisions a borderless world, but is willing to temporarily champion certain nationalisms in order to erode the nations that it hates the most. America and Israel both embody what the left hates the most, individualism, vigor, industry, productivity, creativity and the vital energies that propel a civilization forward.

In his seminal book, Jihad And Jew Hatred, Islamism, Nazism and the roots of 9/11, German scholar Martin Kuntzel, writes, “How can the West successfully fight against its foes if it feels obliged to explain terrorism as a result of its own behavior?  and “Islamists do not criticize the Americans primarily because of what they do, but for what they are, a freedom loving and life oriented civilization”. What is your opinion?

That is exactly the nature of the problem. As long as we treat anti-western violence as a reactive phenomenon, seeking the answers in our foreign policy of the last century, instead of the far longer history that dates back thousand years, we will always be prisoners of our own success, trapped in a history that dates the hostility against us to our own ascendance and offers the reversal of that ascendance as the only solution. That is the foreign policy of the left. That was the aim and ambition of the Obama administration.

On the 14th of May, the American embassy was moved from Tel Aviv to Jerusalem. At the main time, Hamas, tried to breach the border fence which divides Israel from Gaza. There where 62 casualties among Palestinians. 52 of them, we later learned, belonged to Hamas. Almost all the media blamed Israel for having defended its borders from jihadi terrorists. How perverse is the West infatuation with those who want to destroy it?

The West isn’t infatuated with its own destroyers, but those on the left who want to destroy the West are. Because they have a common cause. They are not aware of it generally or think of it in those terms, but they instinctively ally with civilization destroyers over builders.