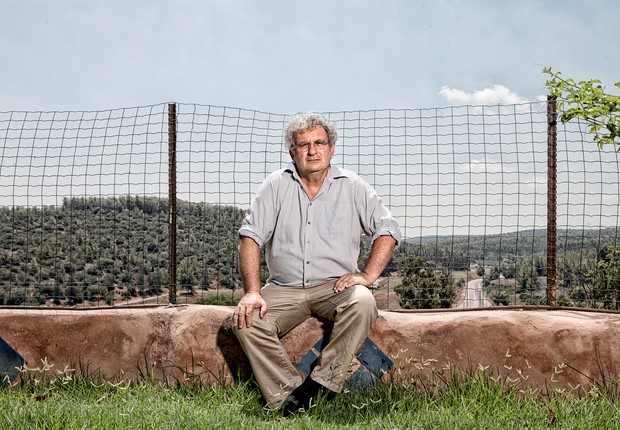 On the 5th of July, Haartez published an article by Hagar Shezaf with the sensationalistic title, “Burying the Nakba: How Israel systematically hides evidence of 1948 Expulsion of Arabs”.

In the article, the author tells of how the Malmab, a department of the Israel Ministry of Defense, has progressively made inaccessible to the public a series of documents which had been previously open to scrutiny and already used by scholars to better understand what where the causes of the Arab-Palestinian refugee issue.

One of the foremost Israeli historians, cited in the article, who has devoted much of his research to this specific topic is, of course, Benny Morris.

L’informale has interviewed him to put the record straight.

Professor Morris, in Hagar Shezaf’s article she writes, “Hundreds of documents have been concealed as a part of a systematic effort to hide evidence of the Nakba”. Do you agree with this statement?

I wouldn’t have written it in that way. There are two stages of this story and, in her article, Hagar Sharif didn’t really relate to the first one. There are different types of documents which are supposed to be classified for different numbers of years, but essentially after thirty years, political documents are supposed to be open. Thirty years after the 1948 war the State archive and other archives began opening the documentation and what they did then was that some documents, a small number of them, were actually classified, they were not opened. There was a first stage of, if you like, censorship, when the documents were first opened, when certain documents where kept closed, and they were those documents which placed Israel in a bad light especially in connection to massacres and expulsion of Arabs. Hagar Shezaf has discovered that in the last twenty years, more or less, the state embarked in a second stage of censorship. In other words, things that were once opened after thirty years were again closed and classified and those are the documents she found which are no longer open and which were before.

Yehiel Horev, who headed the Malamb for twenty years has explained that the sealing of these documents is due to security reasons. If this is the reason, why have such documents which were available 15 years ago or previously, are to be sealed now. In the recent past the security reasons were not as relevant as today?

Horev  did not say it as simply as that. What he said was that the State law affirms that the State has the right to classify documents which, if opened, could damage Israel’s security or its foreign relations. This is what the law says, they have the right to close them. What they did is that they opened them for thirty years, in the Seventies and Eighties and Nineties and then Malamb went ahead and went over the documents again and closed those they thought could injure Israel’s security or its foreign relations. Now, the problem of the closure of documents in relation to foreign relations is that this is a very broad definition. You can say that anything that puts Israel into a bad light can harm its relations, let us say with Egypt and Jordan, two Arab countries with which Israel is at peace, so, if this is the case, the documents will be closed. What historians like myself think, is that closing these documents is stupid, because they have already been opened and scholars have already used them, so reclosing them doesn’t actually hide the truth. The truth is already known, and the second thing is that it is sort of immoral because democracies are supposed to open their documents. However, the Defense Ministry can counter this with a good argument, by saying that Israel, unlike other democracies, is still at war with its neighbors, with his Arab neighbors, with the Palestinians, and because this war is ongoing, and because propaganda is part of the battle, they are justified in closing things which might give their enemies ammunitions in terms of propaganda against the State. This is a strong argument but you also have to weigh this against what historians like myself say, that this goes against the liberal, democratic values of a society, and also that it produces much damage due to the fact that many of these documents have already been used by historians.

So you are against this state of affairs?

I strongly disapprove it. I condemn it. It is stupid, because it is like closing the barn after the horses have already fled, because the historians have already written their books citing documents that were declassified and now are classified again. To close the documents now doesn’t make any sense.

In the Haartez article, Yehiel Horev makes a stunning statement. He candidly admits that the objective of Malamb is to “undermine the credibility of studies of the history of the refugee problem”. Doesn’t this bring grist to the mill of those who attack Israel by saying it was born in sin?

There are many pro-Palestinians who are feeding on this article by Haartez. According to them this proves that there is a sort of conspiracy  by the State of Israel to cover the so called ethnic cleansing of Arabs that, according to their narrative, went on during the war of 1948-1949. What do you have to say in relation to this issue about which you have written copiously?

The first thing I would say is that those who say this are completely hypocritical, because when you look at Arab archives they are all closed. They haven’t opened anything. So, here they are criticizing Israel for having opened certain documents and then having closed them again while the Arabs and the Palestinians have closed everything and have been hiding everything from researchers. They are not in the position of criticizing anything. That’s one thing. The second thing is about the picture of what happened in 1948. I think is pretty clear already, on the basis of the documentation which has been opened, including those number of documents which they closed again. We actually know more or less what happened. As you said, I wrote a number of books about it and what they show is that the phrase “ethnic cleansing” isn’t the right definition of what happened. What happened was that there was a war which the Arabs states launched against the Jewish community in Israel which was going to become a State in 1948. They attacked the State of Israel, and in repelling that attack by the Arabs the Israelis essentially drove out part of the Arab-Palestinian population. Part of it moved out of its own to the West Bank, to the Gaza Strip and out of the country all together. It wasn’t a systematic expulsion, it wasn’t a State policy. The phrase “ethnic cleansing” is problematic. For example, the ethnic cleansing which was carried out by the Serbs in Yugoslavia was systematic, was organized, was extremely brutal, there were ten of thousands of cases of murder, thousands of cases of rape. What happened in 1948 was essentially a war which was accompanied by a small number of massacres and almost no cases of rape, they were very rare. The term “ethnic cleansing” is wrong. What you can say is that at the end of the war Israel didn’t allow the Palestinians, the refugees, those that were uprooted, to return to their homes. In this sense, what happened, was an expulsion, but not an expulsion as a result of a systematic, planned policy based on ideology and a government decision. None of this ever happened. What happened was that in same places some officers expelled people, but in most cases the Arabs just run away and then, simply, Israel didn’t allow them to come back. This is a decision with which I agree completely, because what they would have been doing by allowing them back is that the Arabs would have attacked them and undermined the State of Israel from within. The government decision was therefore logical, as it is logical not to allow the five to six millions people who are classified as refugees to come back , because that will mean the end of Israel as a Jewish State.