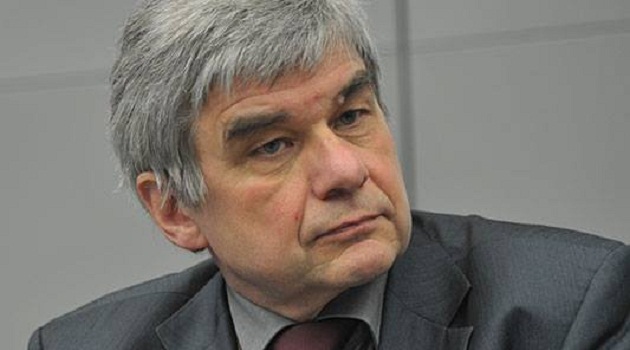 Matthias Küntzel is one of the leading international experts in the field of studies which analyze the links between antisemitism, contemporary jihad and Islamism. He is the author of a  seminal book like, “Jihad and Jew-Hatred: Islamism, Nazism and the roots of 9/11” winner of the Grand Prize at the London Book Festival in 2007. In 2014 he published “Germany and Iran: From the Aryan Axis to the Nuclear Treshold”.
From 2004 he collaborates with the Vidal Sasoon International Centre for the Study of Antisemitism.
His essays and articles have been published by The Wall Street Journal, The Weekly Standard, The Jerusalem Post, The New Republic, Die Ziet and many others.

Dr. Küntzel,  first of all thank you for having agreed to this interview. I would like to start with a question related to a controversial issue which has been for long at the centre of international politics. I am talking about the American-Iranian nuclear agreement. Do you think that Israel Prime Minister, Benjamin Netanyahu, is right in thinking that this agreement poses a serious threat to Middle East stability, or on the contrary you think that Iran will take the opportunity from it to change its attitude?
It is obvious that Iran’s nuclear development poses a serious threat not only to Israel but to the whole world. There might be a ten-years-delay if Teheran fulfills the nuclear agreement. Afterwards, however, they will have a free hand to produce the means for many nuclear bombs – with the consent of the world powers.
That is like promising to a pyromaniac – as a reward for ten years of restraint – a pallet full of gasoline cans. Already today, we witness feverish efforts by rocket and nuclear specialists in Iran to prepare the regime for “day x” in 2025. Obviously, this date makes Iran’s sunni neighbors nervous, as well.
But even the ten-years-delay is far from certain. Many aspects of Iran’s nuclear development are not covered by the deal, for example Iran’s co-operation with Pyongyang in the nuclear field or Iran’s former nuclear weapon research.
The nuclear deal provides for strong safeguards only with regards to the well-known nuclear sites, such as Natanz. Teheran successfully prevented the use of unannounced IAEA inspection at hitherto unknown sites. Here is again a loophole big enough for a bomb.

Iran is not perceived in the West as a particular threat to its interests, especially now, and the fear of Israel is considered excessive. In your opinion this attitude is sound?
This Western attitude is based on self-deception. Just as the late Yasser Arafat incited his people in Arabic language while leading the international community by the nose in English language, so Rouhani and Zarif put on a display of moderation acceptable to the international public while the real ruler, the Supreme Leader, Ali Khamenei, continued to advocate the destruction of Israel and the United States.
It is easy enough to see through the deception since Khamenei’s edicts continue to be published in English translation on his official website. However, President Obama and his European partners are all too eager to remain deceived.

Iran is active in Syria, Yemen, Iraq, Saudi Arabia, behind the terror proxy Hezbollah and has also financed Hamas. On the one hand we see a hegemonic, neo-imperial stance, on the other hand the results of the recent elections seem to show a trend towards reform and change. What is your opinion?
Iran is neither a republic nor a democracy but a totalitarian state. If you have to live under such conditions you will prefer the bad politician before the more evil one – thus the partial success for Rouhani at least in Teheran. While we do not know yet the final results of the elections and the extent of electoral fraud we know for sure that Mr. Rouhani does not want to “reform” or even “change” the rule of theocrats in Iran.
Look what happened during the last few month while Mr. Rouhani was president: As a result of the nuclear deal, the regime got a lot of unfrozen funds. It was not used for the well-being of the Iranian people. Instead, the regime offered a big reward for Palestinians who are ready to murder Israelis. It multiplied the prize money for the “best” Holocaust denying cartoons and it strengthened its warfare in Syria, Iraq, Lebanon and Yemen.

In the Arab-Israeli conflict there has been and still is a persistent denial of its religious, “jihadi” aspect, notwistanding Hamas considers all of Palestine Dar al Islam. In September the Palestinan Authority leader, Mahmoud Abbas, invited Arabs to defend the Al Aqsa Mosque from Jewish intrusion. The stabbing terror wave that still affects Israel started soon after. To what extent do you think religion plays a role in this everlasting conflict?
I consider today’s Middle East to be the center of a global religious war. Already during the Thirties, the Muslim Brothers and Hajj Amin al-Husseini had “islamized” the war against Zionism and the Jews. Hamas has continued this religious war, based on its Charter of 1988 which is mainly a religious document.
Since 1979, Iran has propagated a global religious war against the “world of arrogance” which means a war against those who are “arrogant” enough to make their own laws instead of bowing to Allah’s sharia law.
At the beginning of the Eighties, Ajatollah Khomenei discovered the cult of martyrdom and suicide bombing as a means of Islamist warfare. This tactic is solely based on religion and the promise of eternal paradise for those who succeed in mass murder. “It is vital to keep the culture of martyrdom alive”, explained Ali Khamenei, Iran’s supreme leader, in March 2015 while the nuclear negotiations took place. “This is one of the country’s basic needs. The culture of martyrdom is a culture of self-sacrifice for the sake of long-term goals.”
These goals are of course religious goals. Khamenei is convinced that he has to fulfill a religious mission. That is why Iran’s foreign policy is never status quo-oriented but chiliastic and revolutionary with Israel’s destruction at the top of the agenda. To appease this regime, means to embolden it and to take the risk of terrible new wars.
From my point of view it would be better to start a campaign in order to put a ban on the suicide bombings qualifying them legally as crimes against humanity, isolating and punishing those who encourage them like the Iran regime.
Suicide murder, as the Paris attacks of last November have once again shown, is one of the most serious threats against the free world, since it forces us either to restrict freedom in the interests of security or to live in insecurity and fear. The future state of our societies therefore depends on whether the aberrant “we love death” fanaticism can be pushed back and destroyed.