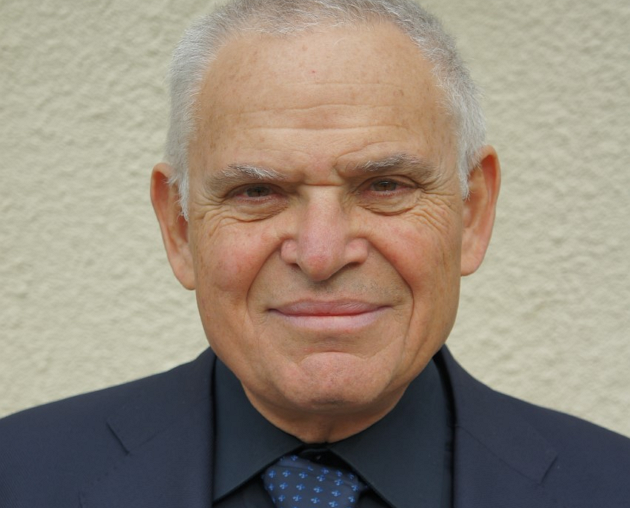 The economist, political scientist and essayist Edward Luttwak answered four questions for L’Informale, about the USA and the Middle East without mincing words.

In a recent interview with “L’informale” Daniel Pipes told us about Iran: “Any day now, there will be a bakery that has no bread or a gas station without fuel. The result could be a riot that spreads across the country and overthrows the government. I see that coming but, of course, cannot predict when. We who are on the outside should take steps to bring that day closer” Do you agree with him? Should the West support the Iranian uprisings, even risking that this position could put the ayatollah in the position of blaming the West?

Well, I do not know exactly what can be definedas “West”. Italy has no instruments to act in Iran. The British Intelligence was effective and operative a century ago, not now. The CIA has just two/three eligible subjects capable of infiltrating into Iran, nothing more. Real external interventions are difficult, and in some cases are counterproductive. The Iranian reality works autonomously and it will last until the collapse of the regime. Let me explain: Iran is a 80 million people’s country. To survive and to become a relevant and rich country it should export 20 million oil barrels every day. Nowadays it sells 2, 3 barrels per day, with almost no gain. Oil exports is fundamental for Iran’s economy but it can cover just a limited part of the country needs. Saying that Iran could go on in this situation is just like saying that Israel can survive only with the revenue of the export of concrete. In the end, Iran is a poor country, and its imperial adventure in Syria is having extremely high military costs, and I have not yet mentioned the high cost of the Revolutionary Guards. The equation is simple, the expenses needed to carry out this war are too many, the country cannot support them and it will soon come to a collapse. All that the West has to do is wait for the regime’s collapse, it is only a matter of time and it will happen in a completely autonomous way. Intervening with these premises has no sense.

The United States, with the Trump Administration, have reframed Iran as the main sponsor of  Islamic terrorism. In the Middle East, right now, there is an unprecedented convergence between the United States, Israel and Saudi Arabia aimed at countering the Shiite threat. This is a 180-degree rollback of the Obama doctrine. Why has the West gone so far to balance relations with Iran during the Obama administration and what are the consequences we are paying today?

Iran seems a great power if you look at the situation in Syria, but this image does not correspond to reality. In Syria, Iran displays twelve thousand soldierscoming from Iran, Afghanistan and Pakistan.  They belong to Shiite groups and are so poor that they are willing to do anything for 3, 4 dollars a day. Europe is constantly talking about Iranian capabilities but they have a totally distorted view of this reality, and this is due to the fact that the theocracy is very good at selling itself and hiding its own failures. Let’s just look at how they are advertising the rise in oil prices, as if such an insignificant change could really cope with the needs of the population. It is simply preposterous that Europe believes in it.Anyway, the responsibility of the European submission to Iran is due to Federica Mogherini, who seems in love with these regimes and does everything she can notto offend them, as she did recently by not condemning the regime’s harsh repression against the popular protests. Obama granted the nuclear deal because he hoped that Iran would have changed its attitude and become a credible interlocutor. After the numerous provocations, especially in the Persian Gulf, where they threatened to attack the American aircraft carriers, and after years during which the USA have watched the burning of American flags and listened to politicians hailing for the destruction of America, the Trump Administration has started to behave like anyone under threat would have done. Trump believes that such a regime, which praises the “death of the great Satan” should not be considered a friend. Can we blame him? Who else would bear so much? The Sunni’s monarchy situation is a different matter. These nations are incredibly vulnerable and they depend almost exclusively on oil. When a country is so vulnerable, it is afraid that its own resources will be attacked. The greatest fear of Sunni monarchies, particularly of Saudi Arabia, is that Shiite militias will attackthe infrastructure for the extraction and the export of oil. In their view Iran seems a superpower, that’s why they searched for Israeli help. Israel wants to act against Iran in the most hidden way possible. It is clear that a go-ahead, although tacit, on the Gulf countries airports, would allow Israel to have an infinitely greater range of action against Iran.

The recent UN vote against the American decision to declare Jerusalem the capital of Israel has seen a clear contrast between Europe and the United States, with the exception of some Eastern European countries. USA and Israel stand on one side and Europe on the other. Who is the most suited to represent Western values nowadays

During the Cold War years, Jerusalem was considered to be the center of the conflict between the two great powers, United States and the Soviet Union. The Warsaw and NATO prevented to fight in Western territoryin order not to cause a nuclear war. The United States and the Soviet Union began to expand their spheres of influence on other continents by supporting the positions of the actors involved in internal conflicts. The focus of strategic activity has been the Middle East for decades. The most disputed point in the Middle East in history is Jerusalem. Today, Jerusalem is considered nothing more than a city full of history and culture, but it no longer tickles the interests of the great powers. Only two figures still believe in the strategic role of Jerusalem, namely the Pope and Federica Mogherini. The first must believe in it, as he is the most important figure in Catholicism. The latter has been in love with Arafat for years and does not want to abandon the idea that Jerusalem should be handed over to the Palestinians. This is the reason why Europe gave visibility to the Jerusalem issue and also the reason why it has been treated as a city of great strategic importance. It shows clearly how much Europe acts with obsolete paradigms. It is totally rational to claim that Jerusalem is the capital of Israel, it is so, all other opinions are reality’s mystifications. Other statements are counterproductive and make Europe not very credible.The role of the UN has been totally marginal. It is necessary to realize that the UN is just a “place for ceremonies”. It is no longer the main center of the international system, everything that is discussed between those walls has no political relevance.

What role has Vladimir Putin played in the Middle East and in the United States? Do you think that it would be possible for Israel, Russia and Syria to find an agreement that limits the Iranian presence along the Syrian border with Israel?

It has been proved that the Russian effort to intervene in the United States was under twenty-five thousand dollars. This means that, although we have the evidence of a minimum of intervention in order to influence the US elections results, we are talking about a totally negligible amount, compared to the presentation of the case by the US media. I certainly do not defend this type of action, I consider it disgusting, but at the same time I am a realist and I confirm that such an investment does not have any weight in a country like the United States. In Europe nobody proved this intervention. Angela Merkel cannot attribute Germans troubles to the Russians, her policies are not taking into account the will of millions of Germans; especially on immigration. In the Middle East, however, Russia will support Assad up to the end. They areskillful and give an example of loyality to those who supports them. They succeeded on many fronts: they have just concluded an agreement to sell arms to the Saudis, they won without reserve in Syria and at the same time they have maintained good relations with Israel. An operational agreement brokered by Russia between Syria and Israel is certainly possible because in this contest the actors do not trust only their own allies, but also those who are capable. Russia can be seen as an ally or as an enemy, but it is certainly a credible, effective, proficient actor. This is clear not only to Syrians and Iranians, but also tothe Israelisand the Saudis. While it is impossible for Israel to sit at the negotiating table with an incompetent like Abbas, it is likely that an agreement is already being planned with the Shiite axis, mediated by the Russians.