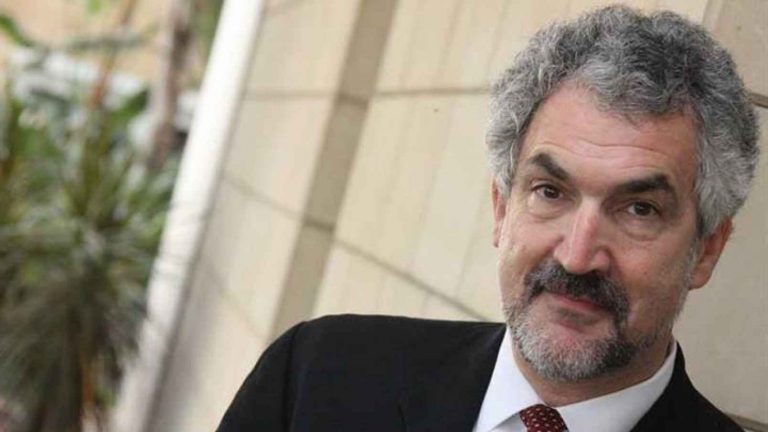 Daniel Pipes, president of The Middle East Forum and a regular guest of L’informale has accepted to answer some questions about the Americam exit from Afghanistan.

How do you assess what just happened in Afghanistan?

This cataclysm has two great implications for the outside world: the Taliban victory and the American defeat. Counterintuitively, the Taliban’s triumph harms Islamism and even Islam because the Taliban represent such extremism that their success repulses many more Muslims than it attracts. The American defeat will benefit governments hostile to the United States as U.S. allies hedge their bets.

Noah Rothman wrote in Commentary: “It is unclear just what the United States has gained from withdrawing the small, affordable, and effective deterrent force that had remained in Afghanistan to support its security forces. It is unnervingly obvious what we’ve lost: national prestige, vast sums of political capital, credibility on the world stage and, most tangibly, our security. The world is much more dangerous today than it was just 72 hours ago.” Do you agree?

Yes, entirely. Several facts make this retreat even more painful. As Jeff Jacoby notes, there have been no American fatalities in the past 1½ years; there were just 2,500 American troops in Afghanistan, fewer than such places as Djibouti (3,000), Bahrain (5,000), and Kuwait (13,000); and U.S. troops have been in Afghanistan for just 20 years, far less than the over 70 years in Germany and South Korea. So, why the impatience? Former Vice President Mike Pence suggests that President Biden “simply didn’t want to appear to be abiding by the terms of a deal negotiated by his predecessor.” That makes sense to me.

Will the comeback of the Taliban give a boost to jihadism?

Yes. Ironically, I expect neighbors like Iran, Pakistan, and China, as well as near-neighbors like Turkey and Russia, to suffer more from Taliban-backed violence than the United States. The Taliban have many scores to settle and battles to fight in their region. Plus, providing the base for the 9/11 attack did not turn out well for them.

Since World War II, the United States has guaranteed Western values and Western security; but the past 15 years have seen an American tendency to withdraw troops from such dangerous places as Syria, Iraq, and Afghanistan. What does this mean for American credibility?

It has eroded U.S. credibility and deterrence. Basically, the leadership in Washington has been more inclined to engage in military encounters – you can add the Balkans and Somalia to that list – than has the American populace. This leads to the recurring pattern of the country getting involved and then retreating.

Will the American retreat from Afghanistan embolden Western adversaries such as Turkey, Iran, Pakistan, Russia, China, and North Korea?

They are crowing about Afghanistan – and who can deny them that pleasure? That said, let’s not exaggerate the gain. The venues of U.S. retreat mentioned above all suffered from some form of civil war; in contrast, such integral states such as Greece, Israel, the United Arab Emirates, India, Taiwan, and South Korea need not worry about abandonment. No American soldiers are patrolling the streets of Athens. I hope the foes of the United States and its allies do not make precipitous errors.

You once wrote that “diplomacy rarely ends conflicts.” What does end them?

One side giving up. Prominent examples include the South in the U.S. Civil War, the Axis Powers in World War II, the U.S. government in Vietnam, and the Soviet Union in 1991. Counterexamples (of neither side giving up) include World War I, the Korean War, Palestinians vs. Israel, and Azerbaijan vs. Armenia.

Iraq and Afghanistan are recent clear examples showing the difficulty of exporting democracy; would it not be wiser to accept the fact that a large part of the world will always be impermeable to democracy?

The U.S. government attempted and accomplished something unique in 1945 when it decided not to plunder its defeated adversaries but to rebuild them in its own image, a legacy that Japanese, Germans, Italians, and others continue to enjoy. But that was a special circumstance of total war and total victory that left victors triumphant with an ideology to spread and losers desperate to survive. Those conditions have not held in more recent efforts, for example in Afghanistan and Iraq. I support the effort to spread democracy but wish to limit it to real opportunities, not every time in every place. In most situations, it should be tried under the auspices of a democratically-minded strongman who can, like Ismet Inönü in Turkey or Chiang Kai-shek in Taiwan, introduce democracy over a longer period.

Gregg Roman recently wrote in the Jewish Press that what happened in Afghanistan has lessons for Israel, most importantly that “fundamentalist Islam does not give up without force.” What is your advice to Israel in the aftermath of the Taliban takeover?

My advice to Israel is to continue to insist on self-reliance; never find yourself in the position where you depend on an outside power for your security and independence.