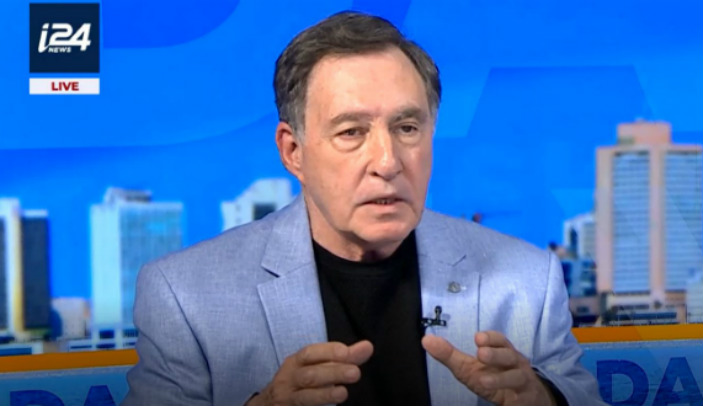 Following the latest conflict between Israel and Gaza, L’Informale wanted to hear the opinion of Martin Sherman, former Ministerial Advisor of Yitzakh Shamir and founder and executive director of the Institute for Israeli Strategic Studies, one of the leading experts in the Middle East and the Arab-Israeli conflict.

The recent conflict between Israel and Hamas encapsulates a new element, riots by Arab-Israeli. In 2004, Israeli historian Benny Morris, said that Arab-Israeli were a time bomb. Was he right?

Yes I think he was right. Morris transitioned from being a radical left wing Arab sympathizer to someone having a rather harsh view about the Arab role in the conflict.  I believe   that this is a zero sum game between the Jews and the Arabs over the Holy Land. Under the surface, there was, indeed,is latent but smoldering, animosity that was going to break out. You saw this a few times. Under Rabin and Peres for example there were wide spread  Arab riots throughout Israel which were put down with a number of fatalities and then also under Ehud Barak there was a revolt, just before the Intifada and again there were fatalities. So there are precedents for this, the novelty is that now the riots are combined with the issue of the evictions in Sheikh Jarrah, which involve a property dispute now in  the courts. The issue has nothing to do with ethnic discrimination. It is the refusal of people living there to pay the rent. Jews who don’t pay the rents are also evicted from the properties where they stay. This is a very dangerous situation. Yes, it is a time bomb that has exploded in small scales in the past and that now with the issue of the Temple Mount and Sheikh Jarrah and the shelling from Gaza it seems to be far more flammable than the other events in the past. It is a time for a far-raching change in Israel’s attitude towards its Arab citizens. They can’t have it both ways. They have considerable benefits living in Israel rather than in one of the neighboring countries, and perhaps the last thing they really want is Israel being replaced by an Arab regime, because then, their situation would be far worse. I certainly agree with Benny Morris, but I am less pessimistic, because Morris doesn’t seem see anyway for Israel to continue surviving inth elong run, while I think it still has options, but none of them includes leaving inherently disloyal citizens inside its sovereign boundaries.

As in the past, the new conflict has ended with a truce, it’s just a question of time before a new conflict will start again. It looks like a vicious circle. Is this so?

It depends what your basic assumptions are. It was Albert Einstein who said that you can’t solve problems within the same level of thinking that created them and basically what created the problem here is the attempt

to confer self determination on the Palestinian Arabs, whether that is in Judea and Samaria or in Gaza. As long as you believe that there can be some self-governing Arab entity in Gaza, the situation will drag on. I have been saying this for three decades now: The only way to solve the problem is to remove the Arab presence in Gaza and in Judea and Samaria by large scale initiatives for incentivized immigration. Many Gazans would be more than willing to accept a generous payment and find a better and more secure life elsewhere, outside the circle of violence and extract themselves from the cruel and corrupt clique that has led them from disaster to disaster. If you are a Jew who lives in the Negev, in the south, close to Gaza, why would you want continue to bring up children in the kind of atmospherewe have today? Eventually Israel is going to face a very thorny dilemma: there either be Jews in the Negev or Arabs in Gaza, but there won’t be both. The Palestinians have showed great ingenuity in only one area, developing armaments and no one can dismiss the claim that they may be able to create something like a low flowing Cruise -type  missile, that Iron Dome is not designed to intercept. I do not think there can to be any consensual resolution of the situation in Gaza except that of incentivizing immigration and letting the population find a better and more secure life in third party countries.

What you just said brings up the next topic. You have been advocating this for years and called it “The humanitarian paradigm”, in other words the incentivized immigration of Arabs from Israel.

They have tried the two states solution now for one third of a century, backed by massive international endorsement . It has produced devastation for both Jews and Arabs, especially for the Arabs.  It has put them under a tyrannical regime which no sincere liberal ought to support. After all, by supporting a Palestinian state  you are supporting the establishment of yet another homophobic, misogynist, Muslim majority tyranny whose hallmarks would be the harassment of homosexuals, gender bias against women, the suppression of political dissidence and the persecution of non Muslim  faiths. Significantly, When I predict that this will be the nature of a Palestinian state I have  not heard any two staters producing an argument to contradict this assumption. Why would it be different than what we see in Gaza? There are people talking about demilitarizing Gaza, but if you demilitarize Gaza who will be responsible for its external security? It has been a decade and a half since Israel pulled out of Gaza and what has been the improvement? The demand to

lift the quarantine amounts nothing less than  antisemitic, because it means that Jews should not be allowed cannot defend themselves. Israel has mistakenly supported the Hamas regime with humanitarian aid through money coming from Qatar, instead of letting whole the thing collapse and initiate a large immigration scheme. I give a theoretical example not necessarily a practical one, but if all the Arabs in Gaza including also Judea and Samaria were to immigrate to say, Indonesia it would be a very small change into the Indonesian population and Indonesia would have a influx of billions of dollars into its economy. It looks like a win-win situation to me for every one except for the corrupt leadership of the Palestinians. I think this shold be an alternative to be seriously discussed by the international community. If the international community would endorse it, the problem would be solved easily.

With this conflict it seems that Hamas has reached a major goal, superseding Fatah as the main referent for Palestinians in their conflict against Israel. Is this so?

In the Palestinian territories Hamas won handsomely, this is the reason why Mahmoud Abbas after twelve years of his four years term is afraid of elections. Hamas has been the ascendant force in the Palestinian society long before this conflict and this indicates that there can be no consensual solution because the raison d’être of Hamas is to be an uncompromising enemy of Israel.

In a recent article of yours you have written that Netanyahu is the only Israeli politician capable of coping with the challenges that Israel must face. Why?

I think that Netanyahu’s biggest advantage at this stage is that there is no real alternative. I don’t see anyone that can come close to him in terms of his international stature, his grasp of the international theatre and the breath of his knowledge. This being said I have a lot of disagreements with him, he has been very lax in dealing with the problem of crime in the Arab sector, I think he has not allotted enough resources for Israel’s public diplomacy. I don’t think he has been robust enough in dealing with the  distortions in Israel’s legal system, especially the judiciary and he is now reaping the bitter fruits of that himself because of the ridiculous campaign against him. I agree with the barrage of prominent American jurists according to whom, Netanyahu should have never been brought to trial. He is not an unblemished political figure but in comparison none of the competitors are anywhere near him.

What is your opinion about Netanyahu having considered to have the Arab party Ra’am backing a right wing coalition?

How worried are you about the Biden administration reentering the JCPOA? Do you think this is ultimately going to happen?

The short answer is that I am extremely worried  It doesn’t even matter if they enter into something similar–non exactly the same as the JCPOA.  Some years ago  Henry Kissinger and George Shultz wrote a really good article in The Wall Street Journal in which they argued that the agreement is basically a license for the Iranians to develop weaponized capabilities.

But it is ’s not only the fact that they may use these capabilities  but the fact they would be able spread a nuclear umbrella over their proxies and allow them to operate with impunity because they will have nuclear protection. This means massive terror waves across the world which you could do really little  about. Biden worries me a great eal. I think there certainly will be a strong tailwind driving everything into the direction of something like the JCPOA or something similar, maybe slightly better but non  significantly , because how are you going to deal with the Iranian rocket technology and their promotion of terror across the globe? There has been an enormous misconception with the Democratic party regarding Islam. Biden himself is a cardboard cutout president, he is just here to do the serve thae agendas  of others like Kamala Harris, Alexandra Ocasio Cortez, Omar Ilhan and Rhashida Tlaib .  All the ideological and organizational energies in the Democratic Party are with the “progresives” –i.e. the radical left  The moderates have no real ability to stop this,thus  the party will drift further to the left and become more radicalized which will make the deal with the Iranians advantageous for them. There is not much room for optimism, we can just hope for the unexpected.

It seems you are already missing Donald Trump.